What you have heard is true. Paul Rudd IS the original nice guy.  Even when engaging in some bad boy petty larceny as Scott Lang, his endearing personality looms large.  (Admittedly, he won me over long ago as the Clueless Josh Lucas.)  At the New York City July 16th special advance screening of the new Marvel film Ant-Man, Paul charmed the audience with short anecdotes and generous insights into this, his most mighty role.  On the screen, his affable nature is equally appealing as he portrays this Avengers founding member character. 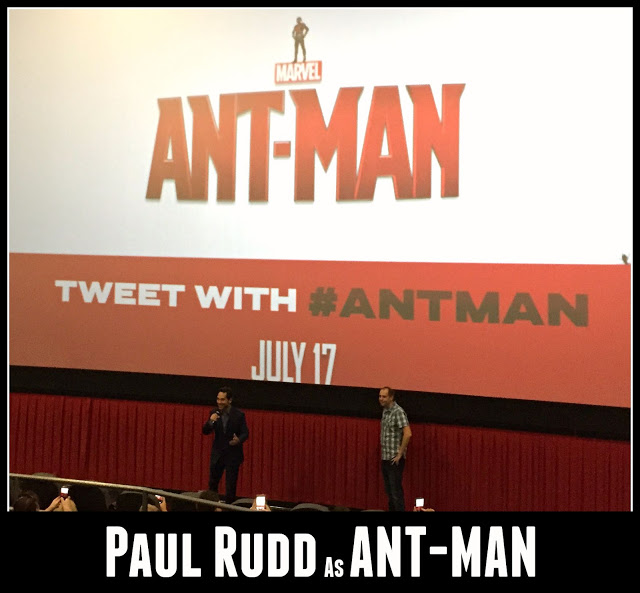 Ant-Man surprised this not so Marvel-ous fan. I’m typically nonplussed by superhero types.  The story of this unlikely hero (an ex-convict) saving the world as the protege of Hank Pym (Michael Douglas) is sweet and comical and GIANT hit.  Rudd makes rooting for the underdog easy in this one hour and fifty-two-minute film.

His character, Scott Lang, agrees to utilize Dr.Pym’s secret technology, become Ant-Man, and redeem his jailbird self in his daughter’s eyes.  Oh, and save the world in the process.  Clever and sometimes hilarious, the duo train and plan for a heist that will use Paul’s ant-like size and super strength to squash the villains.  Aided by Pym’s daughter Hope (Evangeline Lilly) and Lang’s slapstick sidekicks, Paul Rudd successfully steals our hearts and more as Ant-Man.   Not only is this movie a must-see for Marvel lovers and outliers alike, it appears it is not the last.  Be sure to sit through the entire length of the credits for tips and clues as to what is coming next.  It’s super! 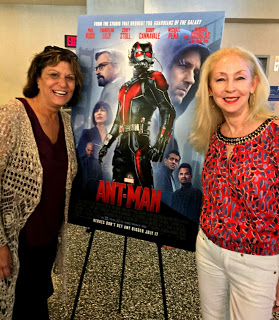 Special thanks to my friend Gayle for the inspiration, Marshall Weinbaum for the kind invitation. And Paul Rudd for proving that nice guys don’t always finish last.

Paul Rudd as Ant-Man will charm and beguile you. (And you may find you are respecting those tiny creatures in a new way!)

Stay up to date

Finding a Silver Spoon in the Everyday.