Give me a Disney prince any day. It’s just the era in which I grew up. That’s not to say I don’t admire the, ah em,  “athleticism” of a super hero; I expected Chris Hemsworth’s (Thor’s) muscles, heck yeah, but a super story line, maybe not so much. Therefore, I had nominal expectations when seeing a preview of Thor: Ragnarok earlier this week.

Marvel studios’ latest installment is funny!!! In a clever, not corny way. Ragnarok may mean apocalypse and end of days in Norse mythology, but that does not prevent Thor from projecting a playful and FUN demeanor in this, his third screen adventure .

This vintage princess/queen applauds the attention paid to heroes and villains of all ages. Finally! Enter 48-year-old Oscar winner Cate Blanchett as the kick-butt Hela, Goddess of Death. And Thor’s long lost sister. This first female lead villain in the Marvel franchise is athletic, gorgeous, strong, and approaching 50 years of age. She is poetry in motion, in the most evil of ways. Win one for the bad guys- she’s “Hela Good.”

This should sum up her awesome powers perfectly:

Another Thor newcomer, 65-year-old Jeff Goldblum fittingly plays 14-billion-year-old Sakaarian dictator Grandmaster. It is classic, over-the-top and subtle hilarity from this veteran actor.  This scene-stealer had the theater audience going nuts rooting for him! Another villain win.

Oscar winner and 80-year-old Anthony Hopkins, Thor’s father and Asgard’s patriarch, reprises his role as Odin. Though he makes a cameo performance here, his wise old dad self imparts the wisdom that his son needs to save himself. And his civilization. 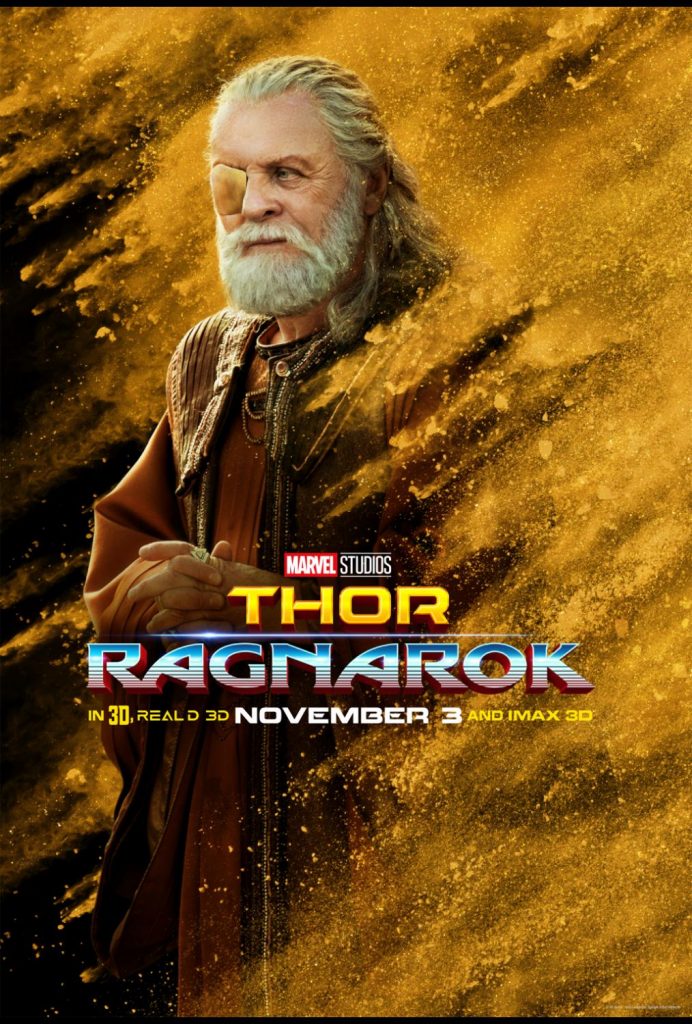 The Fiercest Super Hero Weapons Come From Within…

It is not hair nor hammer, that may save the day, but self discovery… Press releases have hinted at this hammer-less version of Thor. And I like it.

And not a Disney prince in sight.

Three No-Spoiler Surprises from Thor: Ragnarok
Four Ways the Trade Winds Have Changed | Pirates of the Caribbean Dead Men Tell No Tales
Rev Your Engine at Cars 3 Road to the Races Tour
Three Wild Surprises from Disneynature’s Born in China
Three Reasons I Fell in Love With a Beast | Disney’s Beauty and the Beast Review
Disney’s Moana Artist Tour | The Journey Before the Film
Robert Redford as Storyteller in Pete’s Dragon
5 BIG Things You Should Know About Disney’s The BFG
P!ink Serenades the White Rabbit in Alice Through the Looking Glass
A Special Needs Mom Applauds the Message of Disney’s Zootopia
The Making of Disney’s Zootopia with Animator Darrin Butters
The Adult Coloring Craze Discovers Finding Dory
Proof that Star Wars: The Force Awakens is Out of this World
The Finest Hours | A Disney Movie Review
The Force is with Monday Night Football
A Super Evening with Paul Rudd as Ant-Man

Stay up to date

Finding a Silver Spoon in the Everyday.

With all that is so unfamiliar, old friends are a

Rush hour in Times Square. It’s us and an army o

Participating in the @SpecialOlympicsNY May ONE Mi

Find yourself trying to figure out your new home o